In 1986, Andy Lau refuse to extend his contract with TVB and was put into cold storage, thus missed the chance to act Wei Xiao Bao, arranged to run escalator and other tough jobs. These incidents made Andy whom was awarded Top 10 Idol then has his dignity ruined but he will go through them as he quipped that he had a “long life battling” mentality! 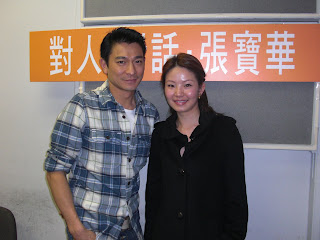 Andy was interviewed by RTHK Let’s Talk, when talked about being put into cold storage by TVB, he had many thoughts. He said: “Then my monthly salary is just $6800, I’m used to giving $6000 to my parents as house expenses, when I got put into cold storage suddenly, I have to go to remote areas to sing and dance to earn money. Initially I am supposed to be Wei Xiao Bao in Duke of the Mount Deer, because of contract issues, I was changed to be the second male lead and become the Emperor, thus it become the fattest period when I’m in showbiz. I was asked to be one of the Olympic Games artistes, asked to run Ocean Park escalator and Fei Ngo Shan curved bridges, I was so fat that I ran until I feel like puking. It was really tough then, I was bald, fat and ugly, I was as fat as Tam Bing Man, it hurt my dignity, I was one of the Top 10 Idols. Thus I decided to slim down, kept telling myself that I’m going through all this, fight to live longer!” Andy was 8 months without jobs, he went to learn English, riding and kung fu, most importantly is to have confidence, there will be brightness after darkness. 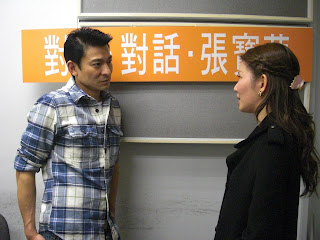 With a successful career, when will he realize his dream of becoming a director? Andy quipped that he does not have the ability! He feel that several of the current batch of directors had good films to their names, but they’re a bit lazy, if they work harder and put in more efforts, the effects will be better. He quote an example of details and dividing of camera angles can be done better. Normally before shooting Andy will share his opinions with the director, if the director do not want to change he will not act. He also felt that the current newcomers have too strong character, they should be more mature and aim further. 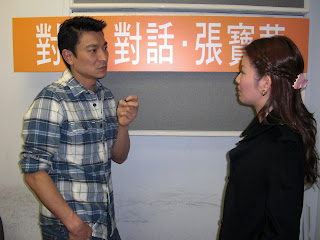 When asked when he would like to have offsprings? Andy exclaimed that he hope it will be sooner because he’s already very old! He says: “I love children, I want to gave, anyway I’m already very old!” Nevertheless his parents did not push him, thus he can take it easy.