Andy Lau and Gong Li’s first collaboration What Women Wants will open in the cinemas on Chinese Valentine’s day. It’s been a long time since Andy was involved in a love film, thus he anticipated it. When he was told that the film is an adaption from What Women Want, he answered without thinking: “I loved that film, although it’s been a while, but it still leave a deep impression. I’m a male chauvinism in the film, be his ex-wife, daughter or those females he met during work, he had a mentality to control them. Ever since he met his superior – Gong Li and accidentally attain the ability to listen to what women are thinking, it create a huge change in me.” 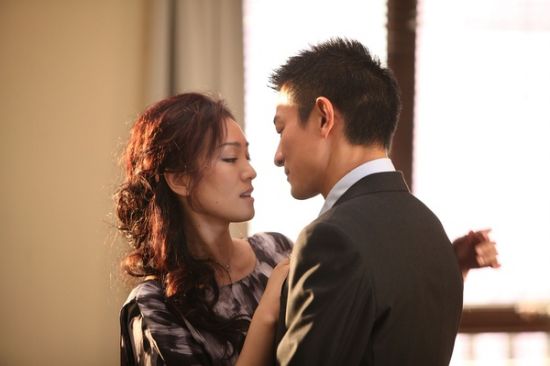 The talking point scene of the film is Andy dressing up as woman coming out from the shower. Dressed up as woman to challenge himself, Andy said: “First of all, of course I need to keep fit, because I have a come out of shower scene, hope to be in my best shape. It’s rather difficult to be a woman, although the outlook is important, but the facial expression and small movements are key points, thus I started reading several books on women before the shooting, in hope to understand women better and the effect will be convincing.”

With showbiz as his career, Andy expressed that he loved acting as he could tried out other career as he manged to experience working in the office in the film as he would like to experience the 9-5 steady working life: “Wore western suit everyday, working in the same company, actually it’s rather fun. Always heard from my friends the office politics but I yet experience it. The director specially add the mind reading ability into the film and I got promoted, it allowed me to taste what my friends had experience, it’s rather refreshing.”