Recently, a casually dressed Andy Lau appeared at Huairou Movie and TV Industry Zone in Beijing,China. A very relaxed Andy, accompanied with assistant walked slowly into the production room with a man wearing white shirt, this man is none other than showbiz’s famous figure Han Sanping, they seems to chat along very well. 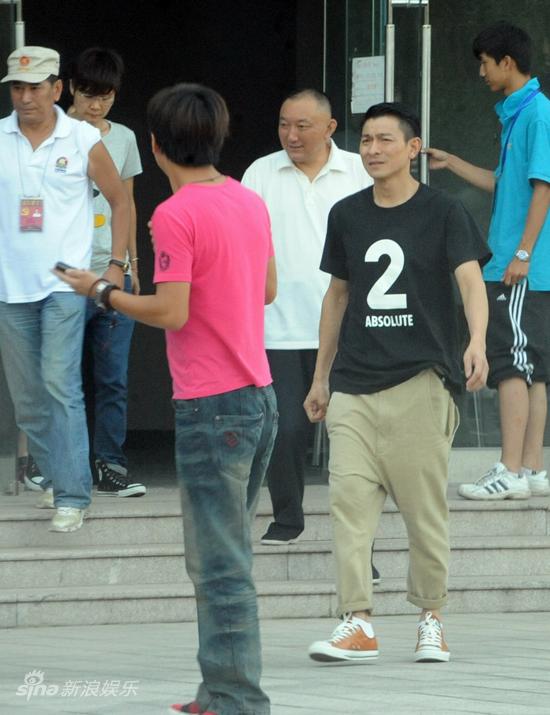 Around 5pm, Andy and Han Sanping were all smiles when they walked out of the building as they board the same car that drove towards the city area of Beijing. While following the car, it was discovered that they chat with each other along the way and occasionally break into smiles.

Not long, the car stopped by a high class restaurant along Xi Dawang Lu whereby a bald man with “big brother” charisma was waiting for them, they chat for a short while before entering the restaurant. The bald man is heavyweight businessman who had collaborated closely with Andy. During their meal, Andy occasionally cheers with the businessman. Around 11pm, they walked out of the restaurant. Andy and Han Sanping appeared a bit tipsy bid farewell to the businessman before leaving for home in their vehicles. 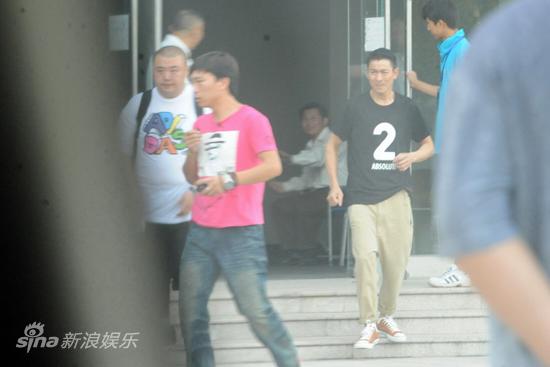