On 8 September, it’s already the 8th day of 6th Venice Film Festival, the Detective Dee and the Mystery of the Phantom Flame entourage had headed for home as they won’t be attending the closing ceremony. Male lead Andy Lau exclaimed that chances of winning is not high. However the film had the highest point from the film critics in Venice.

All the 3 Chinese films had already made their appearance in Venice with good reactions, however after completing their promotions, all entourages had made their way home, even the only competing film Detective Dee and the Mystery of the Phantom Flame’s director and cast also headed home thus confirming that they would not be attending the closing and prize presentation ceremonies. This piece of news should disappoint Chinese films fans. 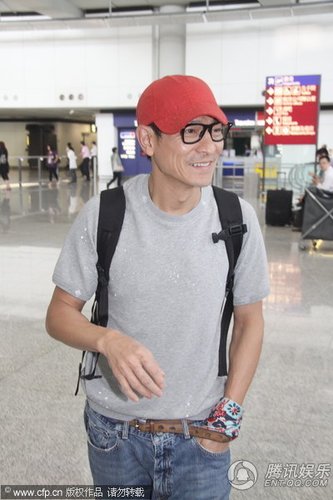 This Chinese film had been tipped to be a favorite to win awards but Andy does not pipped high hopes of the film winning. However from all areas, Detective Dee and the Mystery of the Phantom Flame had received high points and reviews. After its premiere on 5 September, Venice Film Festival magazine – Variety gave it 7.6 points, the highest points among all the films that appeared in the festival. In the Venice Film Festival film critic website rating, 7.4 points were given to the film, it’s ranked third among all the competing films.

When comes to reviews, one film critics from France exclaimed: “This the best out of the 3 Chinese film.” Professional film critics website Obessed With Film comment is “Detective Dee and the Mystery of the Phantom Flame is exciting and colorful, all elements are used in order to create an imaginary world. If to be strict, it should be the historic background will cause a certain effect on foreign audience.”