Detective Dee and the Mystery of the Phantom Flame is one of the competing film in the 67th Venice Film Festival, director Tsui Hark, the cast Andy Lau, Carina Lau, Li Bingbing and Deng Chao were in Venice to promote the film. When Andy talked about his character in the film, he revealed that before shooting started he hope that there will be a sequel, hoping that it would be a series of films like James Bond where new characters will be injected into each film, but Detective Dee remained unchanged. Andy whom has experiences in action scenes still feel that the fighting scene in the Ghost Market is tough as he was wearing a high hat and hanging on wires, no matter what actions he made, the hat will get stuck onto the wire.

Other than being an actor, Andy also has the identity of a film producer, actually he did thought of whether to become a director, but “whenever I shoot a film I would feel that all the directors are great, therefore I always hope that I can improve a little before becoming a director.” With regards to his private life, Andy only revealed that his 2-months holiday had become a 2-weeks holiday, despite busy, he is still enjoying life.

NetEase(NE): You are a super detective in Detective Dee and the Mystery of the Phantom Flame, in real life what do you know about detectives i.e. Sherlock Holmes.

Andy (A): Actually I have the most impression of Justice Bao. There are films about Justice Bao a long time ago, but not so much on foreign. There are many foreign detective films, my favorite would be the one with Sir Alfred Hitchcock, I like it since then but there is no one police or detective that I always followed, there’s only one and he’s Justice Bao, am I very Chinese?

A: Firstly I had not collaborate with Carina in a long time, actually I does not know why, maybe both our surname is Lau, I feel that I’m very close to her, just like my younger sister, for the past 10 years, if she were to write a book, it would be quite intricate. Actually I always wanted to collaborate and chat with her. I feel that she’s strong, after experiencing so many incidents, she still could still face her life. I think she did very well as Wu Zhetian, the world is like this, there are people whom like and dislike you, you need not care too much. Her Wu Zhetian is different from others, the old displayed conquering, hers displaying proud, if I’m the emperor, you can’t do anything if you don’t like me, she is like that, I think this is new.

I had collaborate with Bingbing three times, I did chat with her, I feel that she is a very innocent artiste, she is willing to learn, the highlight this time round is that she could manage well between normal and action.

NE: There is a scene where she tried to seduce you, would the both of you feel embarrassed?

A: Nope, both of us are not. (She revealed her back in the nude?) Yes. (Was the set cleared?) I think so, but I still see more than 20 people running around, there is no use clearing the set. But Bingbing is very good, I feel that being a male I would also be embarrassed, if she’s not embarrassed, I’m OK. 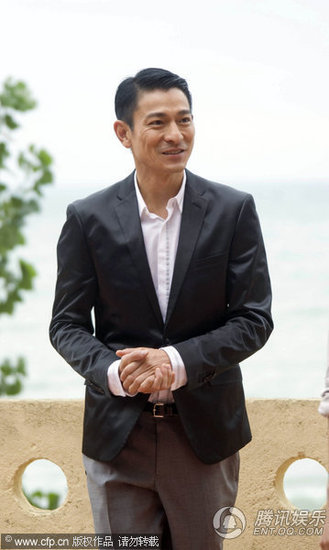 NE: As Detective Dee in the film, you are a highly skilled in martial arts, after acted in so many action films. Did you find it difficult?

A: There’s one, actually I’m very experienced in action films and used to it and collaborating with Sumo Hung, I had collaborated with him since I entered the movie industry, thus we could accommodate each other. He knew what I’m good at and weak at, he can make allowances for me, I also know his requirements. Actually the things that he asked me to learn, he knew that I could do it, must importantly is to work hard, the action scenes is no issue.

The most problematic issue is my hat. I wore a hat throughout the scenes in the Ghost Market, because we did stuff materials inside the hat, if not it would fall down, we stuff many thus it’s heavy. I fought while wearing the hat and it tends to fall. This is my largest problem, in those scenes of the Ghost Market, everywhere is water, we need to balance ourselves as the places we stand is not stable, we would be standing on logs, I need to keep my balance and hanged on wires, the hat will always get entangle with the wires, I did many beautiful stunts but the hat will fall, thus it’s tough.

NE: The Ghost Market is an actual set or manufacture during post production, what is it like during the actual shooting?

A: It’s really like that, it’s a water hole in Hengdian, there are said to be monkeys in there, it’s the water hole of the God of Monkey, it’s all water in there. Of course we built from scratch those on the side. The outside set are all drawn, we didn’t drawn anything inside, all are real. 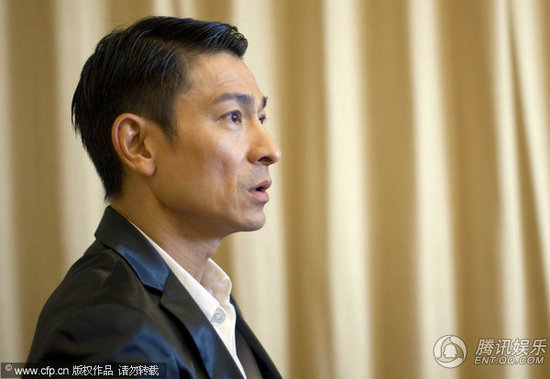 NE: In the film, you used a ‘jian’, did you use this weapon before?

NE: Detective Dee and the Mystery of the Phantom Flame sounds like a title for James Bond film, you got poisoned in the end, it left behind some points of suspense, will there be a sequel?

A: Actually this matter had not been discussed, we did thought of it before shooting, we hope that it would a continuous story. Actually it’s the same, we hope that we have a subject, a topic, it would be the same person in different generation. Let said that I’m Agent 007, Detective Dee stopped there. Now it’s Carina Lau, Li Bingbing and Deng Chao, the next time could change another, what’s different is a refreshing new character, but I’m using my own angle to film it, that’s bringing the audience to see different persons.

NE: Which genres of films do you like, as you had been in films of different genres.

A: Actually I like comedy, but I don’t look comedy, I have a serious look, I’m not in a lot of comedies.

NE: Like the recent Gallants which you produce and the earlier Crazy Stone, you collaborated with new directors, do you have plans to help new directors?

A: When I approached experienced directors, they will tell me that they are busy. New directors have their own ideas, I hope that with my fundings could give them a chance. Maybe it’s a bit risky because the investment is difficult, because in a normal company, such things are hard to happen. I persist as I feel that newcomers need to come out, but its not sure that they will do well. This is my interest, if I would to look at it in the business manner, I would have stopped doing this. But whenever I do this, I would be happy and enjoying it. It’s like I would spend money to buy my favorite food, watch my favorite movie, it doesn’t matter that I spend money on movies.

NE: You feel what is the differences being an actor and producer?

A: The major difference is that being an actor, you are unable to control the quality of the production because they are the boss, they have different production teams. If you invest in movies, you are the producer, the standards produced and the stuff presented to the audience, I can have control of it.

NE: So do you still want to be a director?

A: I want to, but it seems that whenever I shoot a film, I would feel that the directors are great, let say Tsui Hark films, how could he do this, his thinking dimension is not within I could think, therefore I hope that I could improve myself before becoming a director. I hope that I give myself some time, let say 3 years, I will give it a try. 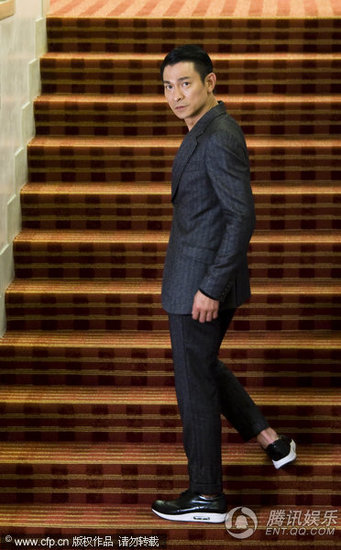 NE: Like your job arrangements making you a tight schedule every year, do you left some private time for yourself?

A: Yes, I have. I would be shooting films for 3 months, need 3 months to promote it, its a long process, I can’t help it. Take for example you have completed a film, of course you wanted to introduce to everyone in the world, thus I can’t help it. Actually in recent years the Mainland China and international market had expanded, we does not have enough time. In the past, I would have around 2 months, 8 weeks of holiday, now I only have one month, 2 weeks.

NE: Will you be taking a rest at one go?

A: I will rest at one go, if I divide it out, I will come up with nothing. Take for example in New Year and my birthday in the past, I would have 2 months of holiday. (You gave yourself holidays?) Yes, now, the same time and period, I would only have 2 weeks.

NE: You look at Maggie Cheung, they seems to slow down her pace, she only accept films the role that are suitable for her, if not the remaining time to enjoy life. Actually for you, why are you still busy accepting film offers? Because of your love for movies?

NE: From commoner’s view, 3 months to shoot movie, 3 months to promote, it’s too tiring. Would you feel that way, the fans might feel that it’s very tiring.

A: First of all to thanks for all the concern, for a normal person to have 2 months of rest each year, it’s impossible. Currently I have 2 weeks, it’s OK. Let say rest, I think that I’m doing well. Maybe some time later, could have some change, but I feel that I can accept the current state.