Future X-cops which will be opening in the cinema nationwide on 30 March activated the film’s website at Sina.com on 4 March. Director Wong Jing, Tsai Sung-lin who is one of the investors, ent.sina chief executive Zhu Xiao-yan, actresses Tang Yi-fei, Meng Yao and child actor Shi Yun Peng appeared together at Sina headquarters for the activation ceremony, this proves wrong the allegations of Tsai Sung-lin “went missing” and the film is suspended. Wong Jing complained to the media that the allegation of Future X-cops got suspended as rubbish but refuse to predict the box office. 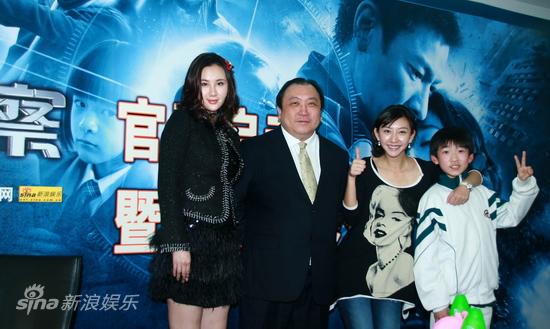 When Future X-cops was arranged by the film distributor to be screened after the Chinese New Year holidays and got alleged that one of the investor Tsai Sung-lin “went missing” resulting the film unable to complete thus the delay in screen date. Tsai’s appearance in the ceremony self explained the allegations. Tsai whom was involved in the film since the planning till the completion of the post production 3 days before Chinese New Year, with his close friendship with Andy Lau, Wong Jing and Ching Siu-tung, he said that the total investment for Future x-cops is close to US$1.2m and over-run its budget by about RMB8 million. The reason for the delay in screen date is not to coincide with Avatar and not due to him went missing and film got suspended. 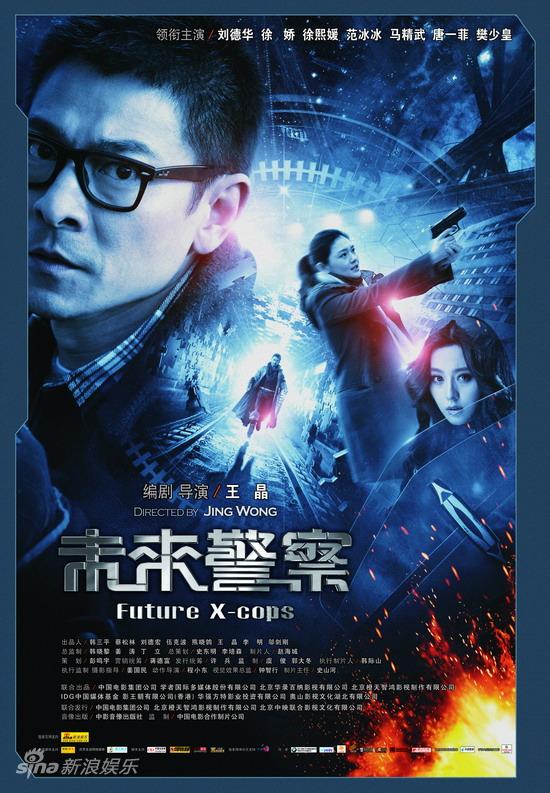 Director Wong Jing replied that the allegation that the film got suspended as rubbish and he reserves the right to file an investigation on the media. With regards to the high expectation on special effects after watching Avatar and whether audience will “buy his film”, he said that the technologies used in Avatar cannot be used to compare but its story is limited, our film’s story is stronger than Avatar and exclaimed: “Future X-cops is “wuxia film packaged with future technologies” and the love relationship of Andy, Barfbie Hsu, Fan Bingbing and Xu Jiao would be attractive.” 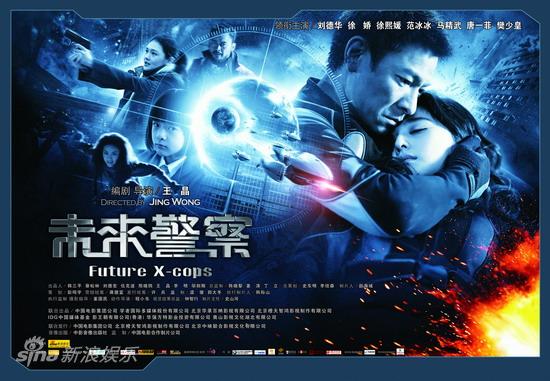 Two days after Future X-cops hit the cinemas, another comedy by Wong Jing – Beauty On Duty would also hit the cinemas, thus he would be having two of his films being screened at the same time. A relaxed Wong Jing exclaimed that there would be competition in any screen period and he could relax when its up against his own film. When asked of the investment of Future X-cops being twice the amount invested in On His Majesty’s Secret Service, will the box office taking in this screen period earn back his investment or make a profie, Wong Jing exclaimed that he would not predict the box office.

At the ceremony, seven posters of Future X-cops were revealed and Tsai stressed that each poster cost RMB20k to design, there are more than 1000 special effects scenes in the film, each scene would cost around RMB50k.

The website has a futuristic presentation, the background, colors used and navigation would give the visitor a metallic feel and futuristic imagination. After visiting the website, it would give the film a 3-dimensional image, thus have anticipation in the film.