After the 150 million invested action Sci-fiction film Future X-Cops been confirmed to hit the cinemas on 5 February and the revealed photographs of Andy with female leads Fan Bingbing and Barbie Hsu. From our understanding, Andy will experience two time difference love relationships of 70 years, one loving wife and mother in the future and a never give up “true lover” in modern time, it can be seen that a big love relationship cannot be avoided in Future X-Cops. 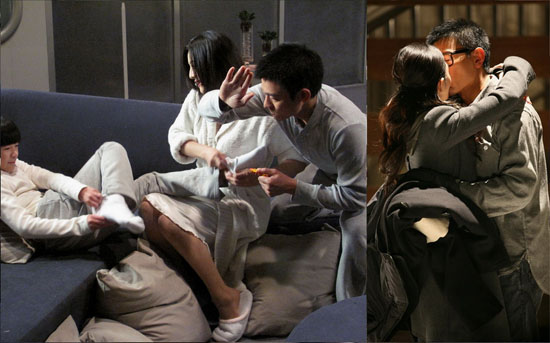 Director Wong Jing also toyed with love relationships in action Sci-fiction film Future X-Cops. The film kicks off with the love relationship between Andy and Fan Bingbing. Being a future X-cop, Andy accepted a special mission to return to the past to protect a still growing “energy scientist”, wife Fan Bingbing follow the Chinese woman tradition of following what husband does. Following the arrangement of the script, Fan Bingbing and Andy had several scenes of “deep sea” love. However both of them did not walked together to the end, in the year 2085, Fan Bingbing was seen left alone waiting.

For these two “true lover” of different generation, love stories happened due to crossing of time, the ending is unexpected.