Barbie Hsu whom always claimed to a super fan of Andy Lau finally had the chance to collaborate and shoot a kissing scene with her idol in Future Cop. Before shooting the scene, they had a long chat to nurture the atmosphere. Barbie was rather nervous during shooting, despite having two NG, Barbie is still delighted of herself. 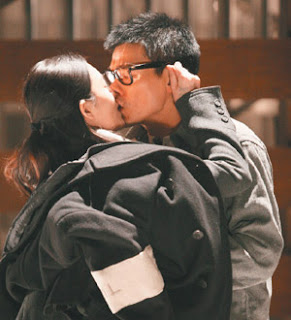 Barbie once said if she had intimate scene with Andy she would faint, however when shooting the kissing scene, she was still steady and follow according to the script. For that scene, Barbie accompany her colleague Andy to visit his daughter, when leaving she declare her feelings to Andy and tip toe to kiss Andy from his neck till his lips.