It was announced that Decade of Achievements Exhibition for the 10th Anniversary of the Macao SAR Government theme song – Ode to Macao (literally translated as Song of Macao from Chinese) will be sang by Andy Lau. 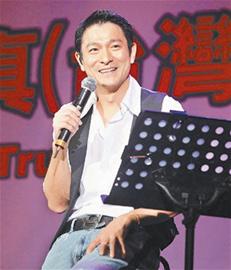 When interviewed by Tekedifusao De Macau, Andy expressed that after the handover for 10 years, Macao had become quite a reputational international city, within a short 10 years, Macao had transformed from a gambling to an integrated entertainment and tourism city, it can be considered as a success. He said that the lyrics for Ode to Macao would be be making circles but directly expressing the message of “this is Macao”. The music of the song is composed Keith Chan Fai Young whom is born in Macao thus naturally it express his feelings for Macao.

Accommodating the Decade of Achievements Exhibition for the 10th Anniversary of the Macao SAR Government, the organizer express that its theme song will be sang by Andy Lau, its related music and videos will be used by the exhibition, the song will also celebrate the 10 years anniversary of handing over to Mainland China. The song will be played during the exhibition and promote through its website, and used throughout others celebration activities. The song is a collaboration between Keith Chan Fai Young, Preston Lee Anxiu and Andy, it will be a beautiful Chinese song that will resound in Macao and the motherland.