In New Shaolin Temple, Andy Lau will be a villain general whom turn over a new leaf. When talked about his character, he exclaimed: “It’s a generation that I’ll kill you if you do not kill me, and I’m a general that live in such environment. This character’s character is still multiple element, he will experience transformation from a villain to a good guy.” 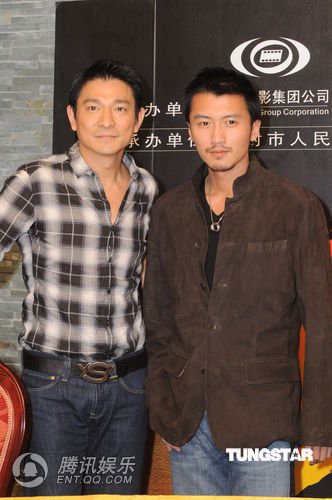 In addition, Andy revealed that Fan Bingbing will once again be his wife, he said: “Bingbing is my wife, we would have many scenes opposite each other, however I could not reveal more with regards to the story.” 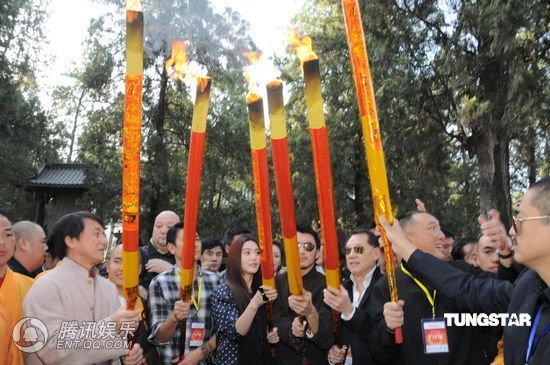 Andy also expressed that other than the high fees, good director and script are the factors that attracted him to join this project. He said: “Benny Chan’s first movie is my A Moment of Romance, and I considered that movie as one of my most important movies. Thus when I heard that the director is Benny, I made up my mind immediately, I anticipate my collaboration with Benny again.” 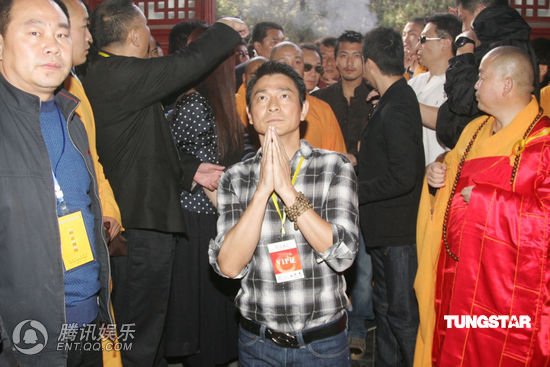 Andy added: “Of course the script is another reason that attracted me, I feel that the topic on Shaolin is wide and deep, to have the chance to broadcast the Shaolin culture, spirit and marital arts in the form of a movie is a great idea.”

In addition, Andy said that he had watch Jet Li’s Shaolin Temple 27 years ago and exclaimed that he would not dare to compare himself with Jet, he said: “We would look at Shaolin Temple in a different angle, I watched the previous version, I still have fresh memory of the handsome Jet and the fighting scenes. I like the bo staff, hope there would be fighting scenes with the bo staff.”