Although Andy Lau’s wedding had become the hottest talking point but this does not stop hardworking Andy for working 10 hours for Zhejiang TV. At 9:00am yesterday, Andy set off to Meijiawu Tea Culture Village, he stayed on till 1:00pm. 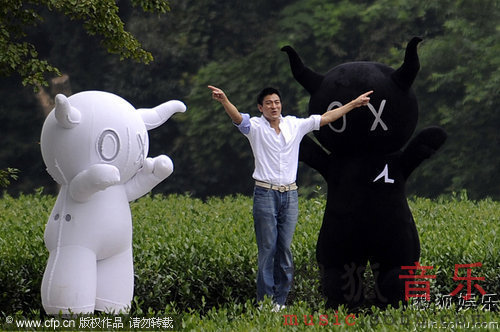 Other than shooting scenes of himself, he also arranged his two sons Andox and Box for interactions. These two active sons instead snatched the limelight away from Andy because fans from afar were initially shouting for Andy, when Andox and Box appeared, these fans began to shout “they’re so cute” and started snapping away with their cameras. 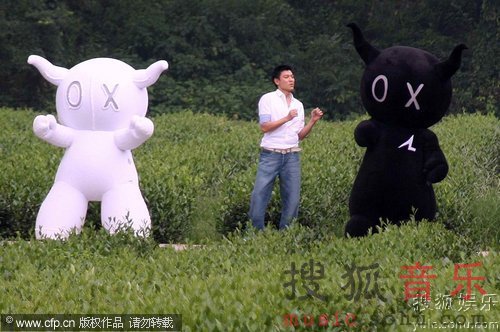 As the morning shooting were for Andy, Andox and Box, thus other than the filming crew, nobody is allowed to get near them. For half a day, the most happy would be the boss of Meijiawu Tea Culture Village as after finished shooting, Andy and the crew members stayed behind to have lunch in the tea culture village. 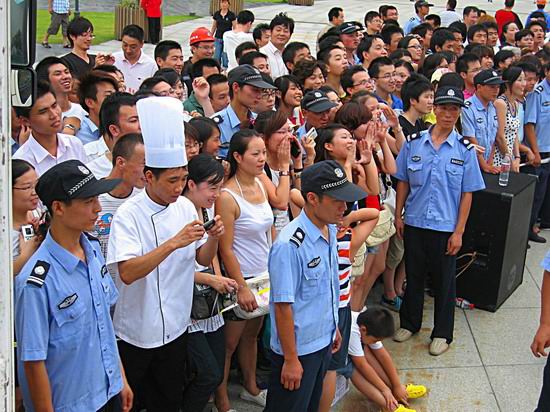 Andy whom was dressed in a white-blue T-shirt and jeans was arranged to stand in the center where all artistes from Zhejiang TV dressed in blue top and white pants thus making Andy very eye catching.

Around 3:30pm, Andy and the filming crew rushed back to Zhejiang TV studio to continue shooting. In the studio, the theme song of China Blue was repeated numerous times, Andy and the group of actors “battle” till 6:00pm before shooting the final scene. Andy will rushed to Beijing the next day.

During the afternoon shooting, Andy was very friendly as he chatted and joked with the Zhejiang TV artistes, they seem to get along very well. During shooting, Andy also sing praise of the location shooting venue, he said: “Here is very beautiful, it isn’t the TV studio?” When told that he’s in Hanzhou’s Urban Balcony, Andy then sing praise of this unique sun and moon design. Under the requirement of the director for all to dance and smile, Andy took the lead to crack joke and did some exaggerated actions where everybody burst into laughter thus allowing the director to get the smiling faces scene he wanted. 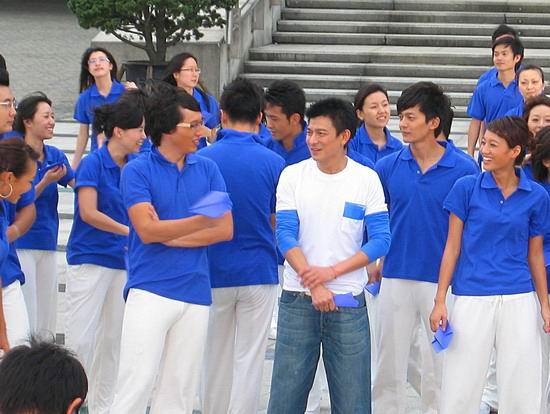 Fans were there to show their idol support during the music video shoot, Andy asked Zhu Dan why the fans know that he was there to shoot the music video. Zhu Dan whom changed her MSN nick to “Andy is very nice” after her Latin dance with Andy said that they found out the reliable news from the Internet. 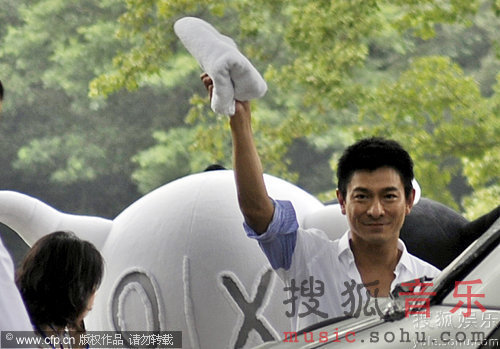 The dances moves in the afternoon shoot is very simple as Andy took a while to master it when he learn on the spot. Everybody need to raise their hands and waved around, after the shooting, everybody took some time to massage their shoulders. 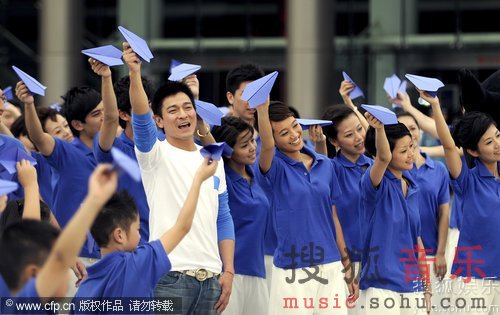 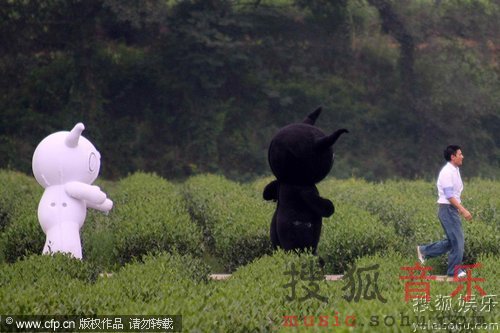