In recent years Jay Chou has put more focus on movies, other than becoming an actor he also participated in producing and directing. Last year, Edko Films Ltd supported him to shoot Secret and Jay found out that he’s interested in directing, the boss of Edko Films Ltd also urged him to shoot a sequel for Secret, however Jay is not interested of a sequel but rather a magic theme movie which he wish to collaborate with Andy Lau.

It is reported that since December 2008, Jay had started preparing this movie, currently his thoughts are passed to the scriptwriters, although the script is not ready but he had already met Andy a few times to discuss on collaborating, he also explain the story to Andy. Initially Jay’s story narrates him as an outstanding magician, Andy as his teacher. However, Andy is not interested in becoming Jay’s teacher thus he suggested to Jay to change it into a battle between 2 magicians, despite the 2 magicians on good terms, but to become world’s number one, they had to beat one another.

Due to the large scale of magic scenes, Jay had intention of passing the special effects to American special effects production house, thus it’s expected to exceed the $15000,000 production fees of Secret, estimated to be as much as $1 billion. The spokesman of the management company of Jay replied to this report: “Jay did mentioned that Andy is his idol but there’s no suggestion of collaboration.” 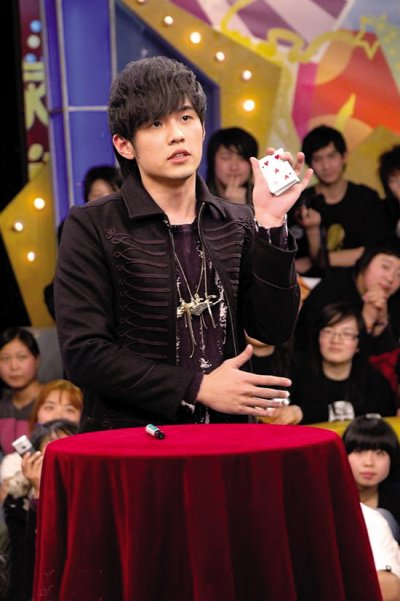 Andy is well known in showbiz to be a fan of magic, thus he love to perform magic because he got interested after watching Stephen Fung performed for him, thus he went to learn magic from a magic expert. During a performance in Taiwan, Andy bumped into Jay and found out that Jay is also a fan of magic thus they challenge each other in magic. Jay also managed to learn some magic tricks from Andy. When asked who is a better magician, a modest Jay said: “Andy started learning magic a long time ago, of course I’m not on the same level as him.”