Andy Lau, Jam Lam and his wife showed their support on the third night for Alan & Hacken 2009. 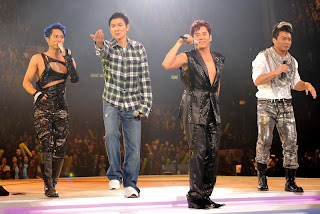