Qiu Shui Tang revealed recently that Andy Lau would be bringing Andox and Box into the comic world, other than having comic on their own website and publishing of comic books, Andy’s childhood stories could also be included in the comic. 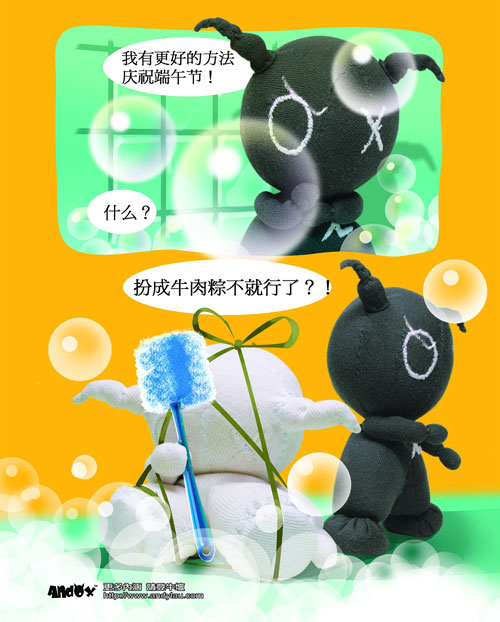 The comic of Andox and Box had been included earlier in their own blog, it narrates both of them having a dragonboat contest in the bathtub, Box also transformed Andox into a dumpling.

In the upcoming comics of more than 100 episodes, the theme will revolved around school life, lifestyle, their thinking and brotherhood. Andy will also include some of his childhood stories into the comic. Andy had already relate his childhood stories to the illustrator which will be translate into comic.